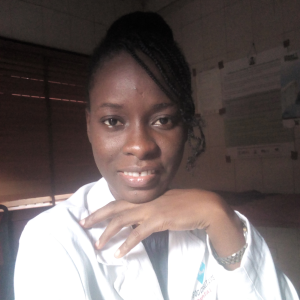 “God forbid oh! Doctor, that’s not my portion in Jesus’ name. Which kind breast cancer? I reject it…” Sonia went on and on as she climbed down the examination couch where she had lain for her doctor to examine the mass that had begun to engulf her left breast.

Tears welled up Kehinde’s eyes as she helped her best friend, who had lost so much weight, to put on her blouse. Her go-getting friend had been so busy pursuing her promotion at a new branch of her bank in Port-Harcourt, with the goal of earning a name as the youngest banker to achieve the rank of deputy manager at the expense of her health.

Sonia had mentioned to Kehinde over a phone conversation the previous year that she had noticed a little bloody discharge from her left nipple, but had waved the latter’s fears aside, assuring her that she knew about a herbal concoction that could resolve the problem. Although the bloody discharge stopped after a short while, Kehinde had asked her to go for a medical check up nevertheless, which Sonia declined to do. She faulted herself for not insisting on the check-up. Now they had to cope with the looming consequences of ignoring the simple warning signs noticed barely a year before.

I have known a few people who died of cancer. Almost every young adult knows someone personally or by proxy who has suffered or is suffering from this menace. ‘Cancer’ refers to a group of diseases in which some cells of the body divide without control and spread to other parts of the body.

Cells in the human body have the potential to grow and divide daily in an orderly fashion. Sometimes errors occur during these processes but the body is usually equipped with enzymes that can correct these errors. However, certain factors could disturb these repair processes, leading to abnormal growths and divisions which could result in the anarchy called cancer. If this anarchy occurs in the lungs it would result in lung cancer. In the breast, it would cause breast cancer, and so on.

In Nigeria, the most prevalent types of cancer are breast cancer, cervical cancer, and prostate cancer*. It is sad to note that about

17 people die from cancer every minute.

Sadder still is the fact that cancer is becoming more common among the younger generation today. The reasons are not far-fetched:

1. Unhealthy diet — An increased intake of processed foods and fast foods than naturally-occurring foods like fruits and vegetables (which are equipped with the necessary vitamins and minerals for body cell repair).

3. Alcohol use — Alcohol intake raises the risk of having some types of cancers, include oral and throat cancer.

4. Tobacco use — one who smokes gives cancer cells the opportunity to grow further, destroy the body’s defences and cause further damage to other body cells.

Modifying or avoiding these risk factors could help prevent about a third of cancer deaths.*

Can Anyone Survive Cancer?

If cancer is detected early enough, there is a high chance that one would live as long as expected. The key is to prevent the body from coming down with the disease.

Prevention can be achieved if you:

????Avoid alcohol intake — your risk of developing cancer of the liver, colon and some other cancer types increases with the amount of alcohol you take regularly.

????Eat a healthy diet — increase your intake of fruits, vegetables, whole grains, beans. Limit intake of processed meats, refined sugars, animal fat. A report from the International Agency for Research on Cancer inferred that eating large amounts of processed meat can slightly increase the risk of some types of cancer.

????Maintain a healthy weight and be physically active — set a goal of 30 minutes of moderate to vigorous physical activity in your daily routine. If you can exceed 30 minutes per day, even better.

????Protect yourself from the sun as much as possible. This would reduce your risk of skin cancer, especially in albinos.

????Get vaccinated — against Hepatitis B and C, Human Papilloma, to prevent liver cell and cervical cancers respectively.

???? Avoid risky behaviors — such as having multiple sexual partners, and sharing of sharp objects.

World Cancer Day is celebrated every year on February 4th to raise awareness on cancer and the need for prevention, early detection and adequate treatment. Many cancers have a high chance of cure if detected early and treated adequately*. This year’s theme is ‘I Am And I Will’. More cancers can be prevented, treated and cured than ever before if detected early enough.