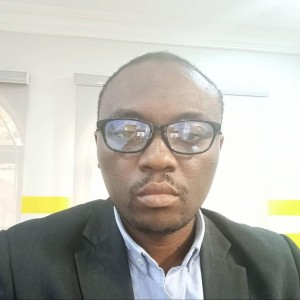 A statement is credited to a former politician in Britain, Nancy Astor, which sounds somewhat ludicrous. “I refuse to admit that I am more than fifty-two, even if that does make my sons illegitimate,” she was quoted to have said at a time. Nancy Witcher Langhorne Astor (1879–1964), born in Danville, Virginia, was an America-born political and social leader in Britain during the first half of the 20th century. She married Waldorf Astor, her second husband, in 1906, who became Viscount Astor and thus a member of the House of Lords when his father died in 1919. Nancy ran as the Unionist candidate for his seat in the House of Commons and was elected by a substantial majority in November 1919. The first woman to hold a seat in Parliament, Lady Astor remained a member until her retirement in 1945. She was a champion of women’s rights, temperance, and progressive education, as well as a famous hostess in her country home, Cliveden, in Buckinghamshire.

With all the achievements of this woman, it is rather unfortunate to know she had once denied her age. But, doesn’t this sound too familiar? Politicians are known to be adept in the art of age falsification. And, rather than just the politicians alone, it has become a phenomenon that is gradually drifting toward a dangerous dimension, as people everywhere now seem to shorten their age for one reason or another. Whether it is the purpose of application for jobs, qualification for participation in athletics, or many civil servants who want to delay retirement, the story is the same. Why is this so? Society, it appears, now has age limit to many ordinary things. There is age for participation, which is a restriction limiting participation in an activity to people above or below a particular age. Many who do not meet this barrier, would do anything to overcome it — including falsifying their age.

I know a young man who has graduated for more than three years, and was yet to get a job. Because of the several rejections he had faced from prospective employers due to his age, he decided to shorten his age by four years. This is a person who is older than me by two years but who I am now ‘older’ than, also by two years. During an interaction involving another applicant, the two accomplices tried in vain to justify the reason behind their action, and were even surprised that I decided to retain my real age. They seem to have forgotten the biblical injunction that “The lip of truth shall be established for ever: but a lying tongue is but for a moment (Proverbs 12:19). The truth will always be vindicated at last, although liars may have their way at the moment.

The same Proverbs, in chapter 21, verse 6, says that “The getting of treasures by a lying tongue is a vanity tossed to and fro of them that seek death. This shows the folly of those that hope to enrich themselves by dishonest practices, and those that make no scruples of lying when there is anything to be got by it. They may perhaps heap up treasures by these means, that which they make their treasure; but, they will not get the satisfaction they expect. It will be disappointment and vexation of spirit to them; they will not have the comfort of it, and will be perpetually uneasy. It will be “tossed to and fro” by their own consciences, and by the censures of men. And they will meet with destruction they do not expect, because while they seek wealth by such unlawful practices they are really seeking death and the wrath and curse of God.

U.S. writer and feminist, Gloria Steinem, while referring to a time when she lied about her age, made a profound statement thus: “I learned that falsifying this one fact about my life made me feel phoney, ridiculous, complicit, and, worst of all, undermined by my own hand.” This is very important for you. There is absolutely no reason why you should become jittery over your age. The problem is perhaps more pronounced among the womenfolk, especially as they see the “clock” of their lives tick away. Most women, given the opportunity, would want to remain 18 years old throughout their lifetime. You surely don’t want to sound like Nancy Astor, the politician, who screamed when asked for a close-up photograph: “Take a close-up of a woman past sixty! You might as well use a picture of a relief map of Ireland!”

Is there any antidote to this problem? Yes. The solution is to be true to one’s age no matter the situation. Understand that there are things you will never be able to do, however hard you try. You are only meant to achieve what YOU can, and not what people think you should. So, break free from societal barriers to age! Abraham was 75 years old and childless before God called him to become father of nations. Moses did not begin his ministry until he was 80 years old. He tried earlier but failed. God doesn’t judge like men. He knows the right time to do what you are destined to do. Yours is to remain in His plans.

Don’t allow society tell you what you can do at what age. You can achieve whatever you want at whatever age. You may not become the youngest medical doctor around, but you can become one all the same when you really want to.

According to Marie von Ebner-Eschenbach, Austrian novelist and poet, “You can stay young as long as you can learn, acquire new habits and suffer contradictions.” Age should not be a yardstick for anything in your life.