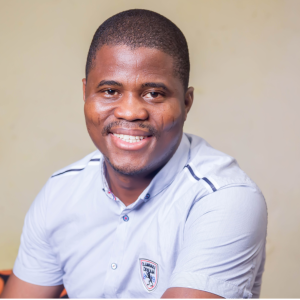 At a Summit I attended last month, one of the speakers made a profound statement I didn’t know will play out so soon. He said, “Performance is the best way to keep people shut”. Well, it is true!

I have been following the ongoing African Cup of Nations 2019 closely. Nigeria was in Group B alongside Burundi, Guinea, and Madagascar. Whenever I watch football, I make sure I listen to the match commentary. Commentators reel out history about the teams and individual players. I usually find this enjoyable aside from the skills displayed by players, the communication by coaches to their players and the deafening noise by football fanatics in the stadium.

In one of the Group B matches I watched, the commentator said something I held on to. But by now, he has been shut up! In his opinion, he concluded that Group B was going to be won by either Nigeria or Guinea. He added that the third place would have to be fought for by Burundi and Madagascar. In other words, he rated Madagascar and Burundi as underdogs who he believed would have to struggle to qualify from the group stage.

Interestingly, the Group B matches ended yesterday but Madagascar, a debutant at the AFCON, didn’t struggle to qualify. They, in fact, took a stroll to the top of the group as they surprised Nigeria with two goals for their first victory over their supposed ‘Super’ Eagles opponent in their fifth attempt. Their performance shut up anybody who doubted them as they were never expected to top the Group B where Nigeria and Guinea were!

Indeed, performance is a good padlock to use for whoever doubts you and what you are capable of doing. It goes to say that there is no need to argue with your critics or even your boss at work. All you need to do to prove you’re worth the job or appointment is to go ahead and deliver!

Performance is objective; it doesn’t lie. It tells its story while critics listen on. It doesn’t argue with people yet it convinces them successfully that it is their perfect mouth keeper. Performance doesn’t tell tales. It actually creates tales for people to talk about.

As the year halves itself this July, there is a need to ask yourself if you’re a performer or a mere talker. If you don’t perform what you’re employed to do, you can’t shut critics up! Maybe it is time to action your talk. It’s performance time!