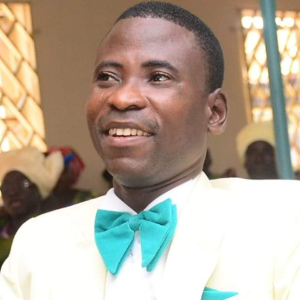 Building a Balanced and Effective Team

While many SME owners are not at that stage of the business yet, there will come a time when the team will have to expand beyond one or two people to grow.

Most entrepreneurs are very good at spotting and seizing opportunities while taking high risks to execute on their ideas. However, most are not skilled at every task that is required to run a large and growing business.

People often prefer to hire and build teams of people that are like themselves, as they should, theoretically, work better with like-minded people. However, research has proven itself countless times that teams need to be balanced with a diversity of skills, opinions, and viewpoints to be effective.

A simple example is a soccer team, where there is a blend of strikers, defenders, and midfield players that combine to create a winning team. Of course, let us not forget about the goalkeeper, saving the team into winning habits.

We have probably all been on dysfunctional teams as well as hugely successful teams. Why is it that some teams are immensely successful, while the same set of people configured on different teams will barely survive?

When building a team, it is critical to first understand what the group is expected to deliver, then figure out what skills and personalities to hire.

So, establish the objectives, then work backward from there.

There are two broad schools of thought on building effective teams.

One is to have a healthy dose of opposite people. The fact that people of opposite natures do attract one another is important to consider when building teams of people in the work environment. Opposites may ultimately cause problems for the team if they do not have a strong shared vision, strong leadership (that’s you) and long-term goals to work towards together.

Of course, the other option is to have people in the team that think alike and behaves alike as that would intuitively lead to a harmonious team dynamic. The problem with this cookie-cutter composition is that it leads to “group think” without adequate stimulation of differing approaches and ideas.

A coherent approach would be to have a group of open-minded, mature people with the ability to come up with diverse options and debate them thoroughly in a safe environment. Again, this depends on strong leadership.

Building an effective team may appear to be an impossible task but as with most issues in business, establish some processes to follow while also allowing yourself a healthy dose of gut feel.